The Dark Side of Cardiology 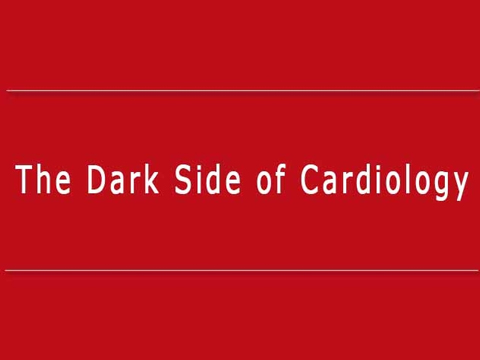 The fact is, in stable patients, invasive procedures like bypass surgery and Angioplasty with a stent is long known not to prevent heart attack and death. It has shown only to improve chest pain and walking distance.

NOV 19 (WTN) – Thousands of cardiac patients face the knife and invasive tubes in the surgical table in cardiac hospitals across India due to fear of death and heart attack. A routine invasive angiogram, a procedure that is done to assess the extent of obstruction, often been used to trigger a panic button in the patients. The common cardiology jargon the patients and their relatives hear during their regular visit to a cardiologist is if you don't operate early, you will die or end up with a heart attack. The patients are made to believe since the obstruction is severe, even though you are stable and doing your routine activity, medical management is not enough, and you need bypass surgery or Angioplasty.

Well, now, after the publication of an International trial, called ISCHEMIA, this seems to be an empty threat, which can be confidently shrugged off by the patients now. The undeniable fact is, in these stable patients, invasive procedures like bypass surgery and Angioplasty with a stent is long known not to prevent heart attack and death. It has shown only to improve your chest pain and walking distance.

Major groundbreaking trials like RITA-2, MASS II, COURAGE, BARI 2D, and FAME 2 has proved it beyond any doubts, time, and time again. Still, the invasive cardiologist and surgeons argued if the blood flow is severely reduced, then bypass surgery and Angioplasty should be done. They claimed previous studies had recruited patients with less severe blood flow, so the benefit of PTCA and CABG was not well evident. The international guideline committees decided to pass the benefit of the doubt in favor of the intervention list. This lead to this practice was continued unhindered in clinical medicine even though there is no evidence for this claim. Many experts vehemently criticized this doubtful recommendation in the field since they believe as the people who preach evidence-based clinical practice; in fact, do not themself practice the same. In a surprise move, all the interventions (bypass surgery and Angioplasty) done on stable heart patients are brought under the clause called off label indications or heart team recommendations purely based on so-called expert opinion rather than evidence. The terminology, which in simple terms to many opponents means unethical indications.

This practice was questioned again by an elegant study ORBITA published in Lancet on Nov 2nd, 2017. This study question the core underlying assumption of Angioplasty, which remains unquestioned from 1977 since the inception of Angioplasty in clinical medicine. The study concluded that Angioplasty fails to show improvement in chest pain and walking distance when compared with patients who are made to believe; they have indeed had an Angioplasty. They made a hard observation that the benefit of the quality of life improvement patients perceive due to Angioplasty is a classical placebo effect. This means patients feel they have improved after Angioplasty because the block is fixed. The sense of well being is more of psychological rather than procedural mediated relief. This trial was believed to be enough to downgrade the angioplasty role in stable patients, but to the contrary, the guideline committee barely mentioned about ORBITA trial in their recommendation, and guidelines remained unchanged.

Finally, the American public money of 100 million dollars is spent to answer this controversial, but a simple question whether bypass surgery and Angioplasty can be advised to stable patients with chest pain associated with moderate to severe blood flow reduction measured by high-quality imaging techniques. The result of the ISCHEMIA trial (International Study of Comparative Health Effectiveness with Medical and Invasive Approaches) was announced on Nov 16th at the American Heart Association, one of the prestigious world conferences. The result was astonishing thumbs down for Angioplasty and Bypass surgery. The approach of pushing the stable cardiac patient to early invasive procedures in addition to medical therapy will only expose the patient to increase the risk of procedural complications like death, heart attack, and stroke with no protection over death and prevention of heart attack.

These are the group of patients with multiple vessel blockages, and moderate to severe blood flow reduction see in clinical practice will immediately prompt the cardiologist to push the patients for high-risk invasive procedures like bypass and Angioplasty with a logical explanation of stopping an impending heart attack or death or hospitalization. It has been argued that the benefit the patient will attain will be more than the risk he has been exposed to. The published ISCHEMIA study result confirms invasive procedures on top of standard medical management when compared to medical management alone will not offer any benefit in preventing death, heart attack, hospitalization for severe chest pain, hospitalization for heart failure, or sudden cardiac arrest. It may only provide some improvement in the quality of life. This surprising and resounding negative result is a big letdown to the interventional community worldwide. The recruitment of patients in this trial was so delayed stretching to 8 years because interventionists believed they could not deny bypass and Angioplasty in this group of patients, and study investigators find it hard to recruit patients under the medical management arm (who are treated without bypass and Angioplasty).

This trial will be questioned for minute details, and the interventional community will try to take this debate forward as it has done with other groundbreaking trials which criticize early interventional approach in stable patients. The truth remains the same as it is for the past 20 years. The study sites have the best of the catheterization laboratory, advance drug eluding and thin stent, strategy for reducing stent restenosis, and advance surgical approach. The best of what intervention can offer has been used and pitted against standard medical management. Now for the interventionist, the ship has already sailed, and the final nail in the coffin is well placed. Stable angina patients should look out for other non-invasive approaches like Enhanced External Counterpulsation, which has been kept in the dark by the interventional community. The old slogan like regular walking, lifestyle changes, control over risk factors, quitting smoking, and cardiac drug compliance have triumphed over highly invasive and expensive Invasive procedures.

The study also throws some light on another practice of doing angiograms and invasive procedures in chronic kidney disease (CKD) patients with or without dialysis, who have stable ischemic heart disease. Bypass and Angioplasty done in this group of CKD, patients with high-risk procedural complications did not derive any benefit in angina symptoms, death, or heart attack. Again conservative medical management will be superior in this group of patients when compared to an early invasive approach. Acute kidney injury and stroke are more common in the invasive group.

America spends money on where it is worth it. The vast 100 million dollar spending over eight years of the ISCHEMIA trial, which was ridiculed, can now help the country save approximately 500 million per year by avoiding Angioplasty and bypass surgery in this group of patients studied in the ISCHEMIA trial. The American insurance companies will carefully analyze this lack of benefit of invasive procedures, and there will be certainly a reduction in these procedures soon.

The new era in clinical cardiology has just begun. Patients unknown fear of death and heart attack, which pushes them towards these invasive procedures, will eventually stop if the Government, bureaucrats, policymakers, insurance companies, and cardiologists take this trial results and implement a patient-friendly approach. If the patients are stable, there is nothing called preventive bypass surgery and Angioplasty to prevent yourself from becoming unstable or death or heart attack. Invasive procedures should only be reserved when you are unstable or during a heart attack, not to prevent them. If implemented through proper guidelines, this can save millions of insurance money and public expenditure for unwanted procedures. 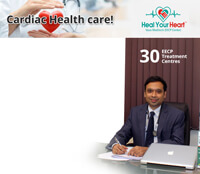 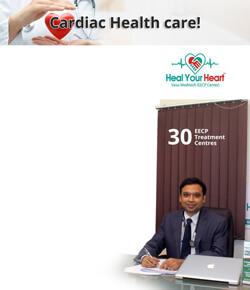 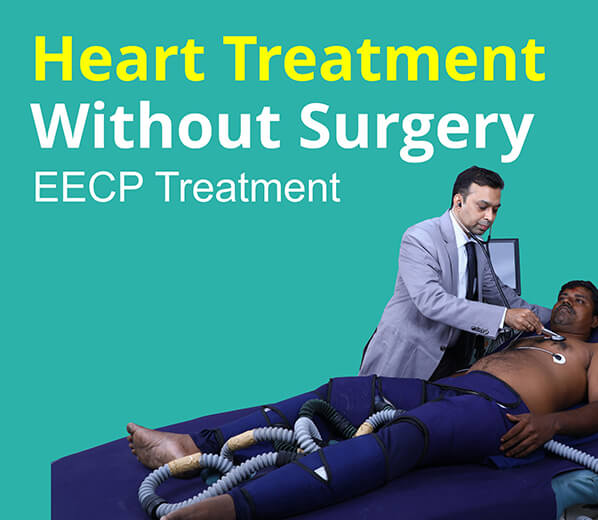